I found this review while looking for some duty guns and wanted to post it.  I've been an XDM fan since the gun came out (primarily for it's looks) but once I purchased one, it became my go to gun for self defense and tactical classes.  This review is done by Pew Pew Tactical and is really well laid out.  They approach the gun as someone who had never shot one, and come to the conclusion that it was a strong competitor to the Glock.  If you don't have an XDm or are looking at purchasing one, you should take a minute and check out the good folks at Pew Pew Tactical.

For anyone that is fairly new to guns, it should be noted that Glock has historically been the favorite for Law Enforcement and shooters alike.  For years Glock dominated sales of polymer frame, striker fired handguns.  They are extremely reliable and have a low bore axis which makes it easy to fire with recoil.  In fact, almost everyone I know who shoots, purchased a Glock as their first gun (showing my age). As the gun industry started changing, and manufactures turned their sights on this segment of the market, it was only natural that Glock would take a hit, and they did.  Don't get me wrong, they are still very popular and are still considered the "Gold Standard" for these types of guns, but now the free market has many options available and some are arguably better than the Glock.

One thing the review failed to mention (probably because he shot the .45 ACP version of the gun, but the XDm in 9mm holds 19 rounds in the magazine and one in the chamber.  That's 20  rounds of damage before you have to stop and reload.  You should see the guys that bring a 1911 to a tactical class instead of something like the XDm.  They are making two mag changes for every 16 rounds you shoot, and you still have four more in the gun.  Having options (meaning rounds) in a gun fight, is much more preferred by me than having a larger round or using an iconic gun.

I love this gun and have shot many rounds through mine, with zero malfunctions.  If you aren't a die hard Glock fan (or even if you are) you should consider this gun for your "Duty" gun to run during classes or just shoot at the range.

After the 1994 "Assault Weapon Ban" ended in 2004, the AR-15 quickly became one of America's favorite firearms.  It took a few years for it to go mainstream, but when it did, many people from both sides started to question "Why Does Anyone Need an AR-15."  I mentioned both sides because even the Pro-Gun people railed against this rifle because it wasn't a "Traditional" firearm.  The feeling was that they preferred the wood stock on rifles versus the metal look and feel of the AR. There was even a writer for Guns & Ammo magazine that was let go because of his Anti-AR comments and putting down anyone who felt differently.

Since that time the AR has exploded in popularity, overcoming all other rifles in number sold each year.  They have even become popular with the "Traditional" hunter who used to prefer wood stock and bolt action.  Many hunt with AR platform rifles in larger calibers and it's no longer taboo to do so.

Back to the question at hand, "Why Does Anyone Need an AR-15?"  There are literally dozens of reasons why both men and women have chosen this rifle for their personal use and this article does a great job of explaining why from a feature standpoint.   The author even has a nice analogy of the AR being like Vanilla Vodka, why would you just ban that specific type of alcohol, it's not any more or less dangerous  in the hands of the wrong person.  For more on the question please go to the video page and watch the video by Alan Korwin, it's a must see. 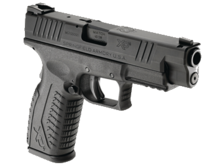 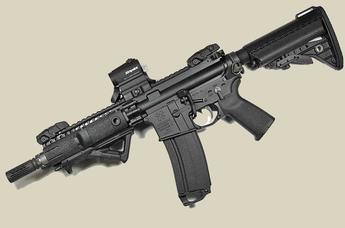 Everything from Concealed Carry to High Powered Rifles

Getting Started with Your Arsenal

For those new to firearms, the last decade has seen an explosion of concealed carry holders in this country and as such, the gun manufactures tried desperately to keep up with demand.  Up until about 2005, there weren't many guns on the market that were considered true conceal carry, only larger versions of the same gun with a shortened grip or barrel that were labeled "Compact".  The problem with these guns was that they were still bulky (double stacked magazine) and very uncomfortable to carry.

Enter Walther with a revolutionary pistol design.  Striker fired (no hammer) smooth rounded edges that don't get caught on clothing or skin, and a single stack magazine which allowed for a very thin body to be more comfortable inside the waistband.  The PPS (Police Pistol Slim) truly changed the idea of a carry gun and slowly the rest of the manufacturers followed suit.  Now just about every major manufacturer has a single stack carry gun in their line up, and some of them have been extremely successful.  We'll highlight some of those soon with a new page of guns that we like or that should be considered for purchase.  If you're in the market for a carry pistol, you should definitely be considering the updated version of the PPS, the M2. 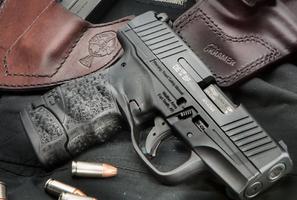