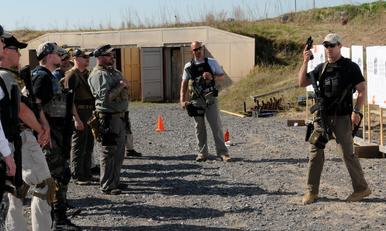 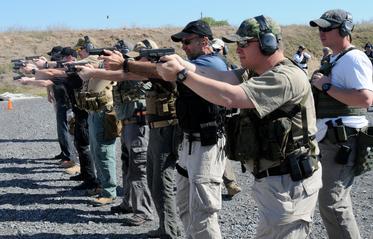 I could point to many examples, from typing on a keyboard to playing the latest video game to winning the Superbowl, that would demonstrate the power of practice.  There's no doubt, the more you practice something, the better you'll get at doing that activity, but in my mind sports is the closest comparison I could use to show the parallel of being confident and ready should you be put into a stressful situation where you are fighting for your life.

Every great athlete that has excelled in their particular sport has two things in common.  First, they all practiced, over and over again, until they could perform without thinking about what they are doing.  This is called muscle memory, and without it, an athlete can still be good, but they will never achieve greatness.  The second thing they have in common is the ability to perform under stress.  Both of these traits fall into the same category but not all athletes that practice, do so under intense pressure, which means they are just going through the motions.  What kind of stress does a kicker go through when asked to kick a field goal to win the Superbowl?  Especially when the other team calls timeouts to ice the kicker and make him think about the field goal too much, without that repetitive training under pressure he probably fails to make the kick.

Now let's take that mindset and apply it to our world.  Do you think facing an armed intruder, who wishes to do you harm, is a stressful situation?  I would argue it's more stressful than the kick to win the Superbowl because your life literally depends on you performing under that pressure.  With so much on the line, you would think we would train as much as we could, but sadly, we (including myself)  primarily just go through the motions.  How many times have you gone to the range and shot paper targets?  Now, how many times have to taken a class to understand mindset and practice drawing your weapon under intense pressure?   With your life and your family's life on the line,  we all need to strive to get as much training as we can from professionals who can simulate the stress and help you get on target quicker.

Another plus to training with professionals is that you get to see how gear performs for you during the class.  For instance, I purchased a single point bungee  sling for my first AR (thought it looked cool), but when I used it during a class I quickly realized it was not going to work for me.  I ended up getting a two point sling that I could tighten so that my rifle was close to my chest instead of hanging down and flopping around when I transitioned to pistol.  That's just an example and not a rule, I know many people like the single point sling and it works well for them, the idea is what works best for you?  Another quick example was a red dot sight that I got on sale at the time.  It wasn't that bad of a sight, but it had a 2x magnification on it.  Ever tried shooting close quarters with a magnified sight, it's not fun.  Again, I learned very quickly that gear that I purchased was not going to work for me.

There are literally thousands of great outfits that do civilian combat training and more than likely your location will determine who you go with.  Most of these outfits are run by ex Military or Law Enforcement Officers who lived these strategies every day.  If you've never taken a class like this, I would highly recommend taking the basic course first, and then move to some of the higher skilled classes.

If you happen to live in West Tennessee, Ronin Combat Strategies is the firm to go with.  I've taken several courses from these guys, and they are the best in the area.  (Footnote: I can't find their website for some reason, I'll update as soon as I can get it)

BTW...If you own a training outfit or know of someone that does, please feel free to send me their information and I'll post them to this page.  Please make sure to include what type of classes they offer. 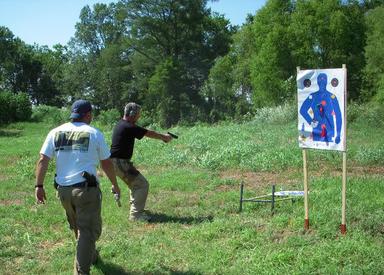 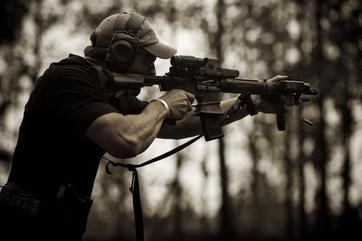 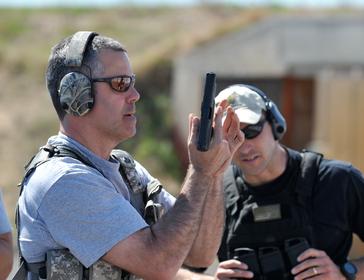 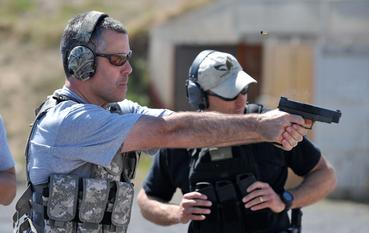